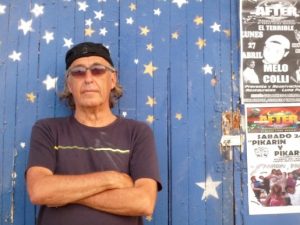 Our dear friend Kenny Young has left us. His passing was both expected and unexpected; he had lived with cancer for several years until, in the last few months, he sadly succumbed.

Kenny was a truly gifted songwriter, musician and producer, who in the 1960’s co-wrote a song, Under the Boardwalk, that became so famous and successful, he could have taken life easy and never worked again. Instead, after a great music career, he turned his focus to environmental activism and he worked tirelessly to support indigenous rain forest communities in their fight for land rights; to help people the world over affected by climate change; to support cutting-edge environmental campaigners; and to help people affected by natural disasters. He was motivated by an understanding that what we do to the earth, we do to ourselves. He was a modest man. Until the end he walked a spiritual path, seemingly unafraid of death, with laughter in his heart.

Born in Jerusalem, his parents moved to New York City where he grew up. Aged 22, Kenny decided to try his luck as a song writer and was soon given space in the Brill Building on Broadway, at that time, the world’s foremost popular music hub. There, in 1964, he co-wrote his Grammy Hall of Fame song, Under the Boardwalk, with Arthur Resnick, which has since been recorded by The Drifters, Billy Joel, The Rolling Stones and by many other bands. In 1968 he wrote Captain of Your Ship with Ben Yardley, first recorded by Reparata and the Delrons.

In 1972, at the height of the Vietnam war, Kenny decided to make his home in the UK.

He moved to the Cotswolds with his new wife Judy, where he set up a recording studio. The couple welcomed their son Joel in 1976. Kenny and Judy were married for twenty wonderful years, spent travelling the world and enjoying family life. There he continued writing and producing chart-topping songs, including, Only You Can and S-S-S Single Bed with his band Fox, which reached No 3 in the UK Charts, and Just One More Night with his band Yellow Dog, which went to No 8  in the UK. In 1980 Kenny co-wrote Ai No Corrida with Chaz Jankel which became a chart-topping song for Quincy Jones.

From the late 80’s onwards, Kenny took a major change of direction, now putting all his creative energies into producing albums to raise money for environmental causes with leading artists. With colleagues Nick Glennie-Smith and Vic Coppersmith-Heaven, Kenny recorded the song Spirit of the Forest which was supported by a who-is-who of pop’s finest, including Chris Rea, Donna Summer, Joni Mitchell, Ringo Starr, Debbie Harry, Gilberto Gil, and members of Pink Floyd and Fleetwood Mac. That was Kenny’s genius: to work with ‘the great and the good’ of the music business and in so doing, to strengthen environmental initiatives. With Vic and Nick, Kenny co-founded and ran the charity, ‘Earth Love Fund’, 1990 to 2005. ELF released two best-selling compilation albums, Earthrise 1 and 2, which funded some 300 environmental initiatives around the world, with particular emphasis on rainforest projects.

In 2006, Kenny launched a new charity, ‘Artists Project Earth’. For APE he produced five compilation albums with songs by the world’s most renowned artists, again to raise money for environment projects, and also for disaster relief. The artists trusted Kenny to add new backing tracks to their songs, featuring Cuban and African musicians. So far APE has supported some 400 projects in more than 30 countries in diverse fields such as climate justice, fracking and shale oil pollution, wildlife protection, agroforestry, seed saving projects, wetlands restoration, reef conservation and marine plastic pollution. In Bristol in 2015 APE initiated the ‘Bristol Whale’ sculptures in the heart of the city, surrounded by ‘waves’ made of waste plastic. The sculptures were a key feature of Bristol’s role as European Green Capital that year.

Kenny’s work has been recognised in many quarters. Most notably, he received a United Nations Global 500 Award for outstanding environmental achievements.

Kenny’s final music project is an EP featuring a new version of Spirit of the Forest with a Cuban backing track, together with three other tracks. More about this on the APE website.

Kenny’s partner in his final years was Ariadne Los, with whom he shared a passion for the oceans. Together they travelled widely, including for APE reforestation and plastic ocean projects. Ariadne was by Kenny’s side through his illness and cared for him particularly during his last months at home in the Cotswolds.

Kenny died on the day he was born: 14th April. He brought much joy to the world, through his music and his laughter, and through his profound love of Mother Earth. We feel a great sadness for his loss: we will never hear his rich Brooklyn accent cracking jokes again; we will never again sit together late at night, trying to imagine a different world into being. There will never be anyone quite like Kenny again, who combined a great talent as a songwriter and record producer – and incredible connections within the music world – with an abiding passion for the natural world, and compassion for people in need.

Kenny is survived by his son Joel and partner Rhiannon, and their daughter Ava, and by his partner Ariadne. He will be greatly missed by a huge circle of friends and by music lovers and environmental campaigners all over the world. 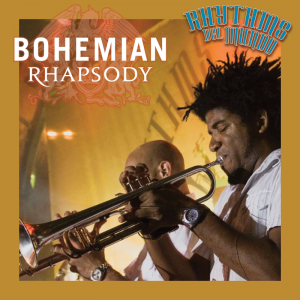 Bohemian Rhapsody, recognised by music critics as the ‘best song of all time’, is now the new single by Rhythms Del Mundo! A fresh mix of exciting Cuban rhythms and pulsating horns to get you Buena Visting across the dance floor. And best of all it comes to you from RDM’s new PLASTIC OCEANS ALBUM which features amazing new Rhythms Del Mundo Afro-Cuban treats from Coldplay, Ed Sheeran, The xx and many other brilliant artists. Help save our oceans devastated by the deluge of plastic and the unfortunate marine creatures who are fighting to survive. 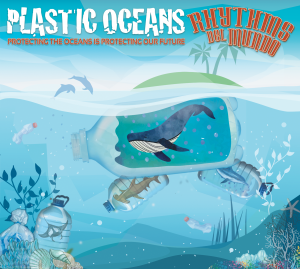 Ape is proud to announce the all new amazing album Plastic Oceans to be released soon.

In collaboration with some of the world’s greatest artists, Rhythms Del Mundo is releasing its sixth fundraising album: PLASTIC OCEANS. All proceeds from PLASTIC OCEANS will go towards marine conservation and projects across the world, through Rhythms Del Mundo’s charity arm Artists Project Earth – APE. To date Artists Project Earth has supported close to 400 projects worldwide from its art, music and events work. With your support for this album, we will fund even more fantastic projects. Thank you.

When Doves Cry is released ahead of Rhythms Del Mundo’s much anticipated seventh album, ‘Plastic Oceans’, due to be released in summer 2017. Proceeds will go towards funding marine conservation work worldwide, mitigating plastic ocean pollution, through Rhythms Del Mundo’s charity arm, Artists Project Earth as well as to Prince’s favourite environmental charity, Green For All.

Green For All works hard to fight climate change and bring green jobs to under privileged populations. They have been involved in many environmental initiatives.

See our Music for more details

*Sign up to the Rhythms Del Mundo newsletter to hear of new releases, concerts and news first*

As well as their unique sounds and musical style, Rhythms Del Mundo are very proud to be a non-profit organisation, working as the main music project of Artists Project Earth, donating all profits to climate change adaptation and mitigation and ocean conservation projects worldwide.

Through the release of their music, Rhythms Del Mundo have already supported over 360 projects via Artists Project Earth.